Romance with a Paranormal Twist

“We’ve had long discussions, haven’t we, Lexi, about reincarnation? Over a third of the world’s population believes… Plato was the first proponent…”

“But you recognize him… you’ve been aware of him this entire time… Aren’t you the least bit curious?”  (excerpt from The Darkness in Dreams)

A major plot theme in the Enforcer’s Legacy series is the past lives and how they get in the way of happiness, even when the girls don’t remember the details. I’ve always loved books that explore this side of the paranormal—time travel, reincarnation—but I wanted to blend the ideas and have the immortal warriors know every aspect of those past lives while their human lovers had to figure out the details on their own—which, of course, adds to the complications and the tragedies that happened in the past.

When I first started writing—and this story was so insistent upon being written that I couldn’t ignore it—my working titles were Falling Then, Falling Now, and Falling Forever. All my beta readers said “Huh?” But the titles formed a shorthand for the past life element in each book: in the past, in the present, and the dangerous future.

The Darkness in Dreams is focused on that earlier lifetime—Gemma’s lifetime. Gemma was the little girl stomping on her aunt’s delphiniums, then she was the naïve girl in love, and eventually the hurt and angry young woman who destroyed everything. Her relationship with Christan was turbulent and complicated even more by Nico, presenting a major obstacle that both Christan and Lexi must overcome before they can reclaim the love they once shared. Each character needs to face a truth that changes the way they see themselves and their relationship.

Gaia’s lifetime becomes the major catalyst In The Fire in Vengeance, hurtling Lexi and Christan toward a frightening realization about an old desire for vengeance and a powerful magic that could destroy them both.

And in The Danger in Justice (now in final editing) we begin to see interwoven stories that explain as much as they raise new questions: what happened between Arsen and Kat, Marge and Robbie, and then there’s Kace…

The Tears in Midnight will be Arsen and Katerina’s story, due out later this year.

How do you search for a single person… and find them lifetime after lifetime? How do you survive a love with no rules?

The Darkness in Dreams

How do you search for a single person?  And find them lifetime after lifetime?

How do you repair the wreckage that has become your life?

How do you do it when one of you is immortal? 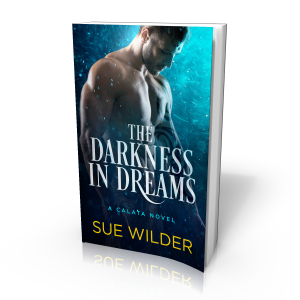 Book 1 in the Enforcer’s Legacy Series

The Fire In Vengeance 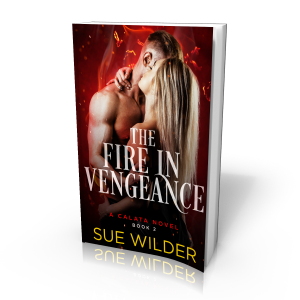 Book 2 in the Enforcer’s Legacy Series

The Darkness in Dreams

The Fire in Vengeance

The Danger in Justice

The Tears in Midnight

The Danger in Justice

Book 3 in the Enforcer’s Legacy Series

The Tears in Midnight

The Memories in Moonlight 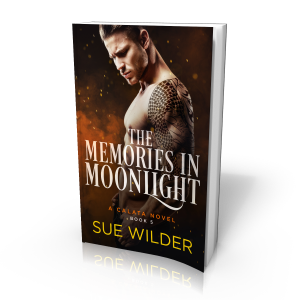